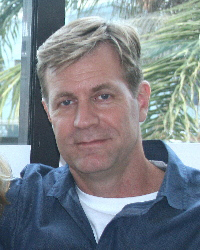 Richard Wilson (also known as Rick) is a practising architect registered with the Architects Registration Board of Victoria (ARBV). He can provide complete architectural services from initial concept design through to the administration of the contract during construction, if needed. His recent work consists mainly of custom single family homes, including new homes, home extensions and home renovations.

Richard's home designs do not all look the same. Some are unique contemporary homes; some are new or renovated period homes reconsidered for modern life; others are a combination of both. What each has in common is its own distinctive character and a sense of place that makes the house feel like a home. Richard's primary objective is always to provide a well thought out home design based on the specific needs, preferences, and desired lifestyle of its future occupants. He uses his knowledge and experience in both schools of thought to create comfortable, invigorating homes for the people who will live in them.

Too Much Personal History

I wish I could be an architect.
Age 9 Following a childhood of assembling various Lego® houses to hold his Matchbox® car collection, Richard began his actual architectural career by earning the degree of B.A. in Architecture from Iowa State University in 1988. Afterward, he moved to the big city and apprenticed for many years in the Chicago area, where he earned his first licence in 1996. He was employed by a variety of firms and gained valuable experience in various building types, such as custom single family homes, multi-unit residential, retail, pre-cast concrete industrial, tenant fit-outs and volume homebuilding. However, he always returned to custom home design after forays into other areas.

In 1999, he moved to Seattle where he once again concentrated on custom homes. The existing styles and current tastes were surprisingly different from those in Chicago. Here, he broadened his knowledge and sharpened his skills by working on several highly detailed high-end residences. Meanwhile, he received his second licence in the state of Washington.

Richard finally relocated to Melbourne in 2002 where he continued his formal education at the University of Melbourne and earned the professional degree Bachelor of Architecture. This gained him the qualifications which would be required for local registration. Afterward, he continued where he had left off in Seattle, returning to the work of designing, documenting, and administering sometimes extremely detailed and complex residences of both historical and contemporary design. He has also become a registered architect in the state of Victoria.